At its founding America created a new political order, one dedicated to fostering a life of ordered liberty in accord with “laws of Nature and Nature’s God.”

Novel though it was, the project thus begun has sought to realize conceptions of the best life for human beings as that understanding has emerged over the course of Western civilization. Coming to grasp and to assess that project requires investigating a tradition of thought and experience extending far back in time, a tradition that has been transmitted through works of moral and political philosophy, through imaginative literature and from historical experience of statesmanship, revolution, and constitution making.

Customize a program of study integrating American literature, politics and history, and investigate the authentic understanding of human nature, political order and justice shared by America's founders. Gain distinctive preparation for a career in teaching, public policy or research.

The Master’s program in American Studies provides opportunity to consider Americans’ revolutionary enterprise in the light of precedents extending back to classical antiquity. It investigates the understanding of human nature, political order and justice underlying American institutions through the study of political philosophers, European and American statesmen and imaginative writers of the Old World as well as the New. Master’s candidates will also examine challenges to those ideas posed by dissenters resulting in transformation of some of those institutions with the Civil War and in recent times. Students will compare the present self-understanding of Americans with earlier expressions of self-definition in an effort to reestablish connections between this nation’s self-understanding and a Western tradition that has drawn guidance from reason, biblical revelation, and aspirations toward responsible freedom. 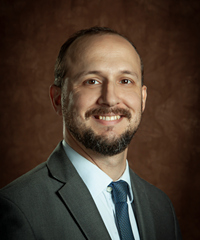