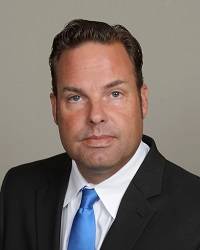 Michael Kuban holds a Masters in Ed and an MBA from Texas A&M University.  He also holds a BBA in Management and Marketing from East Texas Baptist University.

Mr. Kuban has been published in the International Journal of Research and has worked for one of the largest consulting firms in the world, Arthur Anderson Consulting (now Accenture), as well as the Dallas Cowboys of the National Football League. He is a PMP and a Six Sigma Black Belt Professional and has served as a project manager for small, mid-range, and large projects. Mr. Kuban has led the Taste of Dallas and worked with numerous city officials in conjunction with the oversight of hundreds of restaurants and sponsorships at the event. In addition, he has worked with small start-up companies and established corporations integrating several business platforms, leading change management initiatives across multiple levels, and assisting with risk management.

He has been an active member of PMI since 2012 and is currently a candidate for the DBA from the triple accredited Grenoble’s Ecole De Management.