Sigma Iota Epsilon (SIE) is the student division of the Academy of Management and is an honorary and professional management fraternity.

Students are eligible for SIE membership upon completion of six graduate credit hours from the Satish & Yasmin Gupta College of Business, with an overall grade point average of 3.5 or higher (with no academic honesty violations). The six hours cannot be from transferred hours.

The purpose of SIE is to:

In addition to providing recognition and interaction among students and faculty, SIE members also receive a certificate and lapel pin (which may be worn on your gown at graduation) as a symbol of their achievement. Upon graduating, SIE members may order a gold stole to wear over their robe, which contains the SIE emblem and indicates their achievements as an outstanding student.

The Greek letters in our name stand for Spoude, Idreia, and Exoche - earnestness, knowledge, and excellence. Our symbol, the Sigma Iota Epsilon key, reminds us of the wisdom and practicality signified by the concepts of creative development, organization, cooperation, and service. 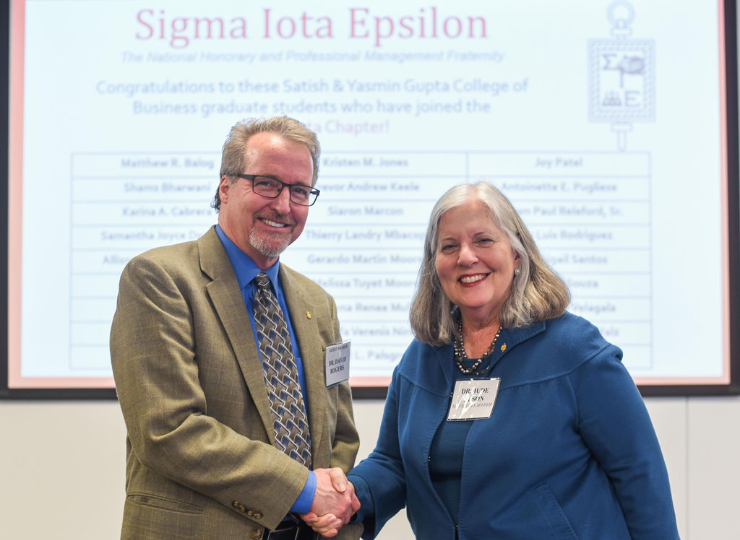