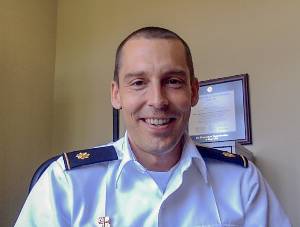 Patrick Eichholz, BA, English, 2006, is an assistant professor of English at Virginia Military Institute.  After graduating, he worked for five years as a firefighter and paramedic in Corsicana, Texas where his patient care reports were widely celebrated for their clarity and erudition.  Between calls, Patrick would reread his favorite books from UD.  To avoid having his reading so frequently interrupted, Patrick left the fire service in 2012 to pursue a doctorate degree in Chapel Hill, North Carolina.  Returning to graduate school six years after graduation would not have been possible without the extended support of former UD professors and friends.  Scott Crider coached Patrick through the admissions process, Greg Roper and Bill Frank wrote recommendation letters, and Meghan Wadle smuggled books out of the SMU library to help with his writing sample.  In 2018, Patrick received a PhD in English and Comparative Literature and moved to Lexington, Virginia, where he now teaches out of the same dog-eared copies of Woolf, Eliot, and Nabokov that he started reading back in Irving.