Paul Spring graduated with a BA in English from the University of Dallas in 2011. Immediately after, he moved to Minneapolis, Minnesota, to pursue a career in music. For his first two years he worked as a tutor and high school English teacher while playing gigs at nights and on weekend. Now he is a full-time, self managed songwriter. 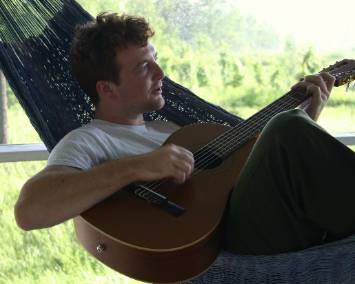 He attempts to inform his songwriting with the inspiring lectures and classroom discussions he participated in as an undergrad. He has released two full length folk-rock albums, opening for bands including Dawes and Shovels and Rope. In addition, he has released a highly reviewed family album which won a Parent's Choice Gold Award and NPR called "an ode to books and stories, and to the families who nurture them."

The University of Dallas to Host 2022 Catholic Bar Association Conference

The University of Dallas will host the 7th annual Catholic Bar Association (CBA) Conference, “Catholic Lawyers: Upholding the Rule of Law,” Oct. 13-15, 2022. "Our members are looking forward to being on the campus of one of our nation’s premier Catholic institutions of higher learning,” said Peter H. Wickersham, CBA president.