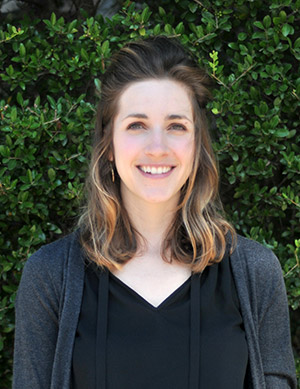 As a senior, I wasn’t completely sure of what I wanted to do after graduating until the spring semester, when I accepted an offer to work on the UD Rome campus as a Resident Coordinator for 2 years.

Uncertainty plagued me again at the end of my time in Rome, but around that same time, UD Advancement launched a campaign to expand the Rome campus, and I was approached to see if I would be interested in leading it. I didn't understand what "development" truly was, but Rome was so dear to my heart that I felt eager to serve the program regardless. I ended up accepting an offer from UD and quickly fell in love with development. Eventually, I started to feel a pull to become more involved with Birth Choice, a pregnancy clinic in Dallas where I was volunteering on Saturdays. Serendipitously, the former director of development resigned, so I started working as the director of development for Birth Choice in June of 2017.  There are many ways that my UD education has influenced this path. On a macro-level, UD taught me to be relational - to be curious about others and to discover the ways in which I relate to them. This is crucial in development, because I am constantly meeting and getting to know new people. On a micro-level, discussions, debates, and essays trained me to articulate my thoughts and ideas as clearly and concisely as possible. I learned how to communicate well, write well, and speak confidently. From Junior Poet to Senior Novel, I learned to own my ideas, to communicate them effectively, and to respond professionally to criticism or questions, even in a pressured environment. Plus, I now have all of these literary devices that I can use in my writing. I sometimes even think about the power of devices or techniques that John Donne used and then work them into my own writing. Knowing how to use things like asyndeton and anaphora has come in handy!

Against the backdrop of a picture perfect day, students, faculty and staff gathered on the mall in front of the Haggerty Science Center to pay tribute to veterans who have served our country.