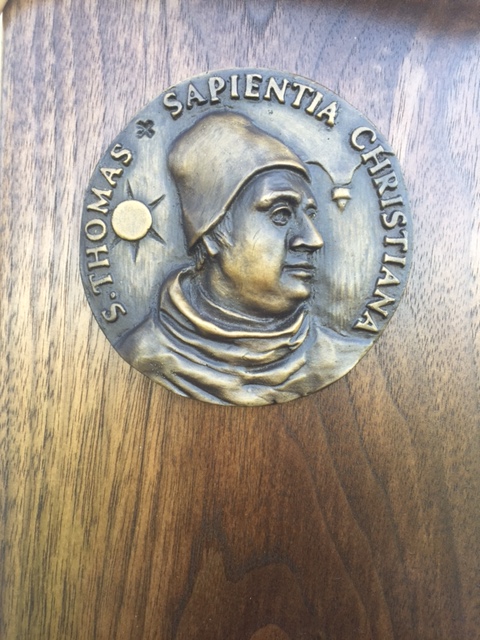 Since 1982, the Philosophy Department has hosted an annual Aquinas Lecture. In the spirit of St. Thomas Aquinas himself, the goal of the lecture series is to develop contemporary Catholic thought in close dialogue with the tradition—above all, of course, with Aquinas’s own work. The speakers invited have covered a broad spectrum of Thomism, some attempting to defend traditional teachings against contemporary challenges, others endeavoring to develop Thomism in more of a give and take with current ideas. One important feature of the Aquinas Lecture has to do with the events surrounding it: the Aquinas Lecturer is usually invited to stay in Irving for a few days, teach a seminar on a text of his or her choice, share meals with faculty, and speak informally with students. This creates the opportunity for the community to engage in a genuine exchange, rather than just listening to an individual lecture. The Aquinas Lecture and most of the events associated with it are open to the general public.

The list of Aquinas Lecturers who have addressed the university community over the past thirty years (and been awarded our beautiful Aquinas Medal) is long and impressive:

Since 2013, our Aquinas Lecture is published in handsome booklets by St. Augustine’s Press. To order copies, please click on the names of the Aquinas Lecturers in the list above.

The following obituary was provided by Lisa Mobus, BA '90,daughter of Dr. Fougerousse. Mass at the Church of the Incarnation will be offered for the repose of his soul on March 3 at 5 p.m.

After nearly a year of planning, the University of Dallas announced a comprehensive plan that includes reducing business operations costs and restructuring some of the university’s academic programs over the next three years.