Physics majors obtaining the B.S. degree complete an undergraduate research project and thesis, and they give a talk or poster at a professional meeting.  Many of our students have external research opportunities, but others are interested in working with UD professors in areas of astronomy/astrophysics, cosmology, or nuclear physics.  Below are examples of locations where students have completed their research.  Abstracts for their presentations at professional meetings are provided as links.

2019 (Abstracts are at links provided, as they are posted by conferences.)

2018 (Abstracts are at links provided, as they are posted by conferences)

2017 (Abstracts are at links provided, as they are posted by conferences.)

Blake Palmer is a senior physics major from Coppell, TX 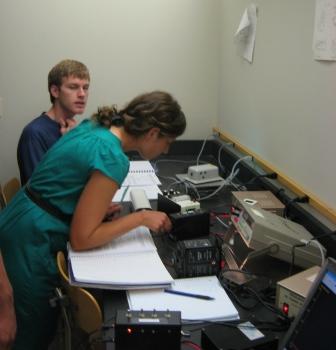 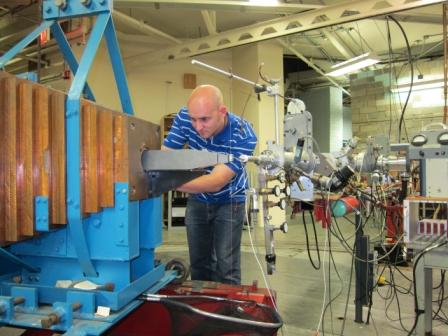 Dr. Olenick's research interests include cataclysmic variable research, modeling non-linear phenomena, and physics education. He has supervised the following senior theses at the University of Dallas :

Dr. Hicks conducts research investigating the structure of nuclei. She is also interested in neutron-nucleus scattering, solar neutrinos, and nuclear astrophysics. Much of her research has been funded by the National Science Foundation and the Department of Energy through the NEUP program. She has supervised the following undergraduate student theses.

Students supported by the  Department of Energy are:

Theses supervised by Dr. Hicks, but research conducted at other universities in REU programs.