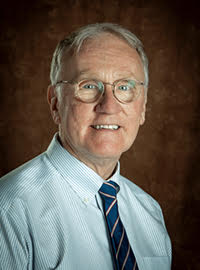 Dr. Richard Olenick currently serves as Professor of Physics and a teacher of popular courses in physics and astronomy.  He has supervised over fifty undergraduate theses.  His research students have accompanied him to Moscow and to Crimea for observations of new cataclysmic variable stars as well as to Colorado to gather data to search for exoplanet transits.

Dr. Olenick served as the Associate Project Director of the PBS television series, The Mechanical Universe and Beyond the Mechanical Universe.  He was also principal author of accompanying textbooks published by Cambridge University Press.   He also received numerous grants from the National Science Foundation and the U.S. Department of Education for the development of curricular material (Comprehensive Conceptual Curriculum for Physics, C3P) for use in high schools and for workshops for high school physics teachers.

My research, which was initially funded by the Nancy Cain Marcus and Jeffrey A. Marcus Chair in Science, involves photometric studies, data analysis, and modeling of cataclysmic variable stars (CVs).   Since then we have discovered  and classified a new dwarf nova, observed exoplanetary transits, and discovered new binaries.
Cataclysmic variables are binary systems in which a white orbits with a normal star.  The orbital periods of CVs typically range from approximately 0.05 day  to 0.6 day. These binaries are quite small by astronomical sizes.  The evolution of these binaries occurs through mass transfer from the secondary to the white dwarf. The luminosity of CVs is dominated by the accretion disk.  Strong tidal forces from the white dwarf pull hydrogen gas from the surrounding Roche lobe of the secondary and larger star through the L1 Lagrange point.  The gas spirals down around the white dwarf and usually forms an accretion disk.  If the white dwarf has a large magnetic field, the materials may be directed right onto the surface of the star. As gas accumulates, forming a shell around the white dwarf, thermonuclear fusion reactions can be re-ignited on the white dwarf.


My current research into CVs focuses on improved ways of determining the mass ratio through observations and accretion disk modeling and is carried out with collaborators Dr. Michele Montgomery at the University of Central Florida and Dr. Irina Voloshina at the Sternberg Institute of Moscow State University.  I take students to Moscow and Crimea for observations with Dr. Voloshina.


I also search for exoplanets with students and my colleague, Arthur Sweeney in our STExTS project--Small Telescope Extrasolar Transit Search.  Starting in 2011 we set up telescopes during the summers in Pitkin, Colorado (elevation 9210 ft) and later in the Upper Peninsular.  For the past two years we have used our telescopes at the Monroe Robotic Observatory of the University of North Texas to gather data.  Each summer we gather data on approximately 3500 - 5000 stars for 30 - 38 nights and then sift through the light curves looking for transits.  We currently have seven candidates for new exoplanet transits.

During our transit searches we have discovered numerous new stars, many of which are now listed in the Variable Star Index of the American Association of Variable Star Observers (AAVSO) and which we are currently writing up for publications.  These discoveries include RR Lyrae stars exhibiting the Blazhko effect and delta Scuti stars.