University of Dallas graduates have entered a wide-range of careers. 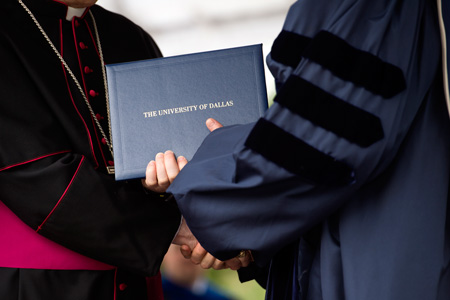 For example, a philosophy major, after studying law at Yale, served as a special counsel to the White House; a psychology major joined Texas Instruments as a software engineer; a modern language major became a pilot for American Airlines; and a history major entered graduate school at Oxford University. Science majors have earned PhD's in humanities, drama majors have gone to medical school, and theology majors have entered the business world.

UD students leave with more than the specific knowledge of their discipline. Armed with the freedom of a liberal education and the wisdom of the Core, our graduates have taken on myriad leadership roles, serving as doctors, teachers, economists, lawyers, politicians, and even bishops. The extent to which UD students have immersed themselves in every facet of society is made possible by UD's unique education. The tools earned by the rigorous study of the Core texts are not merely additional; rather, they are foundational to any noble pursuit and subsequent success. 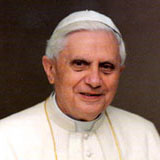 “ Fidelity to man requires fidelity to the truth, which alone is the guarantee of freedom and of the possibility to integral human development. ”- Pope Benedict XVI