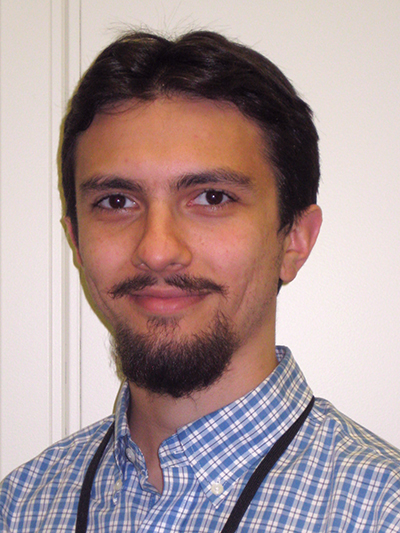 This past summer, senior Nicholas Terranova, BS ’18, spent 11 weeks running and processing magnetic simulations at the National Institute for Standards in Technology (NIST) in Gaithersburg, Maryland, as part of his Summer Undergraduate Research Fellowship (SURF) internship.

During the course of the internship, Terranova’s daily life consisted of working with up to four separate computers that ran the simulations, which could take anywhere from half an hour to three days. While he waited, he catalogued his work, planned new simulations, researched information in the library and strove to find creative ways to process, present and visualize his data.

The findings of the simulation data will help further research on nanoparticles, which could inform a possible solution to the problem of temperature measurement of matter inside a large volume, current methods for which are impractical. Using nanothermometry would entail distributing tiny spheres made of two different types of metal (bi-magnetic nanoparticles) throughout a volume, thereby measuring the volume’s temperature by measuring the change in the magnetic response of the particles to an applied magnetic field. Nanoparticles made from the proposed metals (iron and gadolinium) are difficult to fabricate, however, so the magnetic response of thin films could instead be modeled using existing magnetics software and compared to experimental measurements of the same thin film systems.

To culminate his 11 weeks in the program, Terranova gave a 15-minute presentation on this topic as it pertains to his research dealing with these magnetic thin films, winning the award for the best talk in the Physical Measurement Laboratory’s Physics Lab.

A physics major, Terranova learned about the SURF internship through the Physics Department — the same department that drew him to UD in the first place when he initially visited the campus with his mother, who’d learned about the university through homeschooling forums.

“Ultimately, the combination of the Catholic community coupled with the strong physics program led me to attend UD,” said Terranova.

Physics came naturally as his choice of major, as he had been fascinated by it from middle school onward.

“I enjoyed hearing about the strange workings of the universe God created, especially the physical phenomena that occur outside of the everyday human experience,” said Terranova. “Physics strikes a great balance between investigating the wonders of creation and working to improve the lives of people around the world. Without Einstein’s theories of relativity, for example, modern conveniences such as GPS would not be possible.”

After his graduation from UD in May 2018, Terranova plans to go on to graduate school, but beyond that, he’s not sure yet.

“I would like to thank the faculty of the UD Physics Department for providing me immense support in research and in my studies during my time at UD,” he said. “I’m also grateful to the many students I’ve met at UD, especially my fellow physics majors, who have also conducted meaningful research at other agencies and institutions.”