“ Indeed, there is a spirit that walks these hills. ”- President Donald Cowan

The charter of the University of Dallas dates from 1910 when the Vincentian Fathers took that name for the Holy Trinity College they had founded five years earlier. Holy Trinity College closed in 1928, and the charter was placed with the Catholic Diocese of Dallas. In 1955, the Western Province of the Sisters of Saint Mary of Namur obtained it for the purpose of operating a new institution in Dallas that would absorb their junior college in Fort Worth, Our Lady of Victory. The Sisters, together with laymen Eugene Constantin Jr. and Edward R. Maher Sr., induced Bishop Thomas K. Gorman to have the diocese assume sponsorship of the new institution with ownership by its Board of Trustees.

Bishop Gorman announced that the university would be a four-year institution welcoming students of all faiths and races with graduate work to be added “as soon as practicable.” The university opened its doors to 96 degree-seeking students in September 1956, on a 1,000-acre tract of rolling hills northwest of the city of Dallas and now part of Irving/Las Colinas.

Members of the Cistercian Order and the Sisters of Saint Mary, together with three Franciscan fathers and a number of laymen, comprised the original faculty of the University of Dallas. Dominican priests joined the faculty in 1958 and established Albert the Great Priory. The School Sisters of Notre Dame came in 1962. Today the faculty has become largely lay and counts numerous distinguished scholars among its members.

Accreditation by the Southern Association of Colleges and Schools came in 1963 and has been reaffirmed regularly. The Constantin Foundation endowed the undergraduate college, which in 1970 the Board of Trustees named the Constantin College of Liberal Arts in honor of founding benefactors Ruth and Eugene Constantin. Its quality was recognized immediately. Significant honors have been won by university graduates since the first graduating class in 1960, including Fulbright and Woodrow Wilson awards for graduate studies. In 1989, UD became the youngest school in the 20th century to be awarded a Phi Beta Kappa chapter.

In 1964, a $7.5 million grant (about $60 million in today’s money) from the Blakley-Braniff Foundation established the Braniff Graduate School and allowed the construction of the Braniff Graduate Building, Mall and Braniff Memorial Tower. Graduate work began in 1966 and flourished, including the establishment of the doctoral programs in the Institute of Philosophic Studies and the addition of the Master of Fine Arts in studio art, the accepted terminal degree in the arts.

The rapid growth of the region encouraged innovative graduate management offerings, and the Graduate School of Management (GSM) quickly became its own school separate from the liberal arts graduate programs. With the addition of the undergraduate program in business, all business programs were combined in the College of Business in 2003; the college was accredited by the Association to Advance Collegiate Schools of Business (AACSB) in 2012. In 2013, it was named the Satish & Yasmin Gupta College of Business to recognize the $12 million gift of Satish and Yasmin Gupta, two management alumni — a gift that allowed for the construction of SB Hall, which is named for the business the Guptas established. In 2014, the Gupta College of Business began the first and only AACSB-accredited Doctor of Business Administration program in Texas.

In 1987, the university began programs particularly aimed at preparing lay people for ministerial professions, forming the Institute of Religious and Pastoral Studies, which became the School of Ministry in 2007 and the Ann and Joe O. Neuhoff Institute for Ministry & Evangelization in 2016 to recognize the abiding interest of the Neuhoff family in the work of the university and the church.

On June 11, 1994, the university dedicated permanent facilities for its Rome Program that began in 1970. The 14-acre Eugene Constantin Campus, also known as Due Santi, is located near Albano, Italy (15 kilometers from the heart of Rome). Thousands of UD students have spent a semester abroad through the Rome Program, pursuing an integrated sequence of courses and travel related to their Core curriculum requirements.

Today the university enrolls nearly 3,000 students from all over the United States and the world, divided evenly between undergraduate and graduate students. The university continues to thrive and contemplates the future with confidence. As the late President Donald Cowan often said, "Indeed, there is a spirit that walks these hills."

Official Charter of UD from 1955 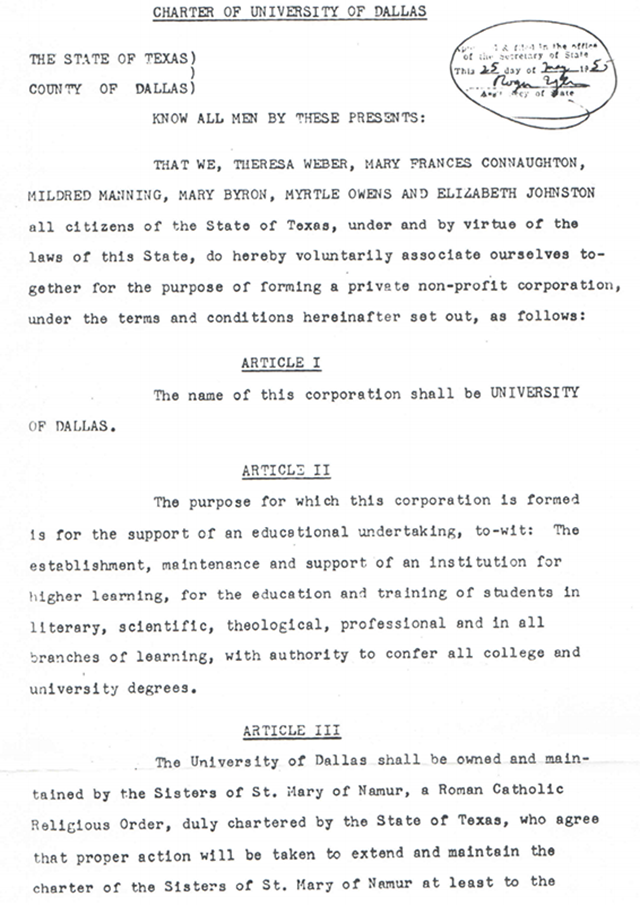 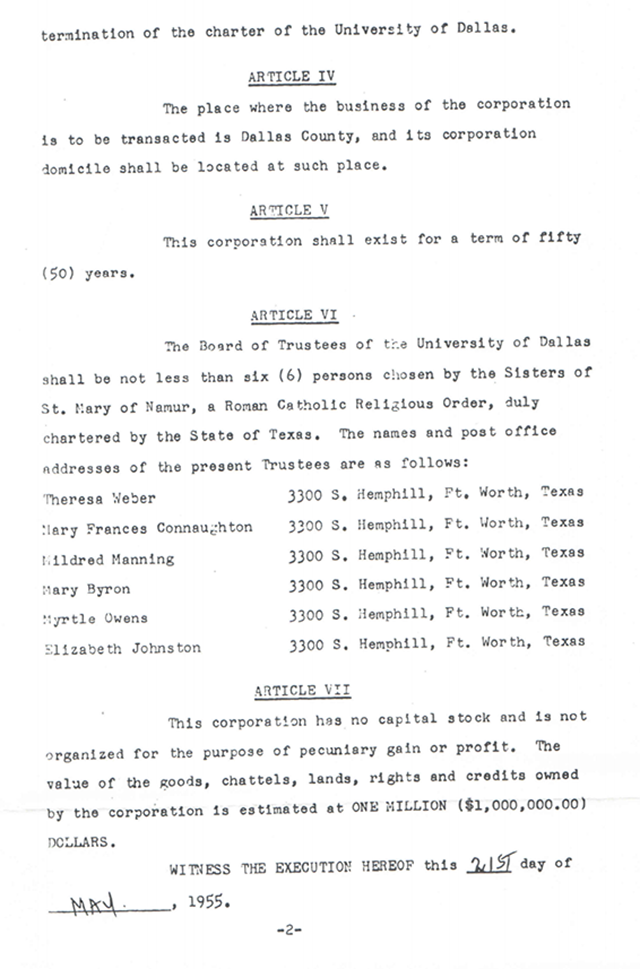 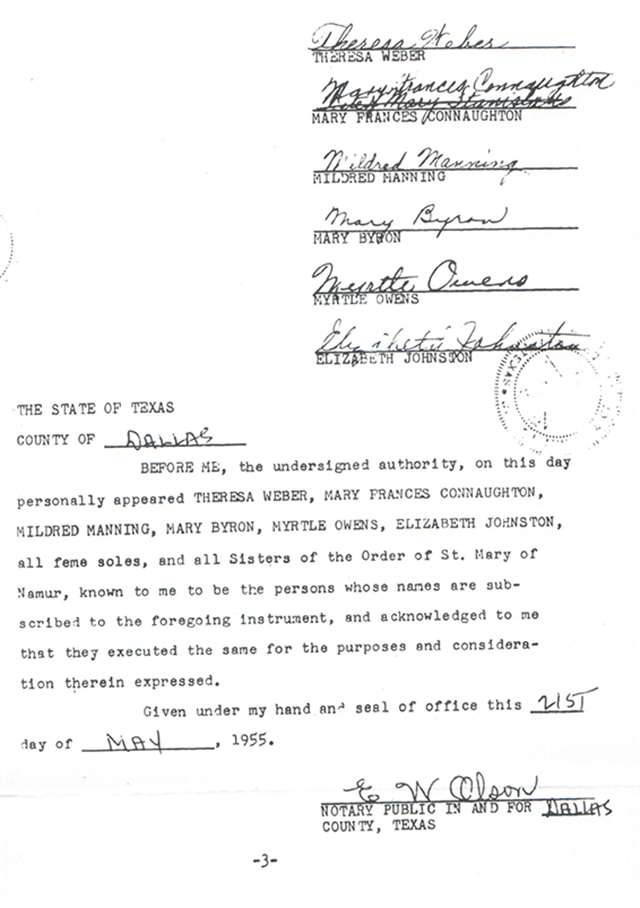