Vision and courage for over six decades

Opened in 1956 through the stimulus of the Sisters of Saint Mary of Namur and a group of dedicated lay people in partnership with the Diocese of Dallas, the University of Dallas is a Catholic institution welcoming students of all faiths. Offering a comprehensive list of bachelor's, master's, doctoral and continuing education programs, the university attracts highly motivated students from throughout the nation and the world. 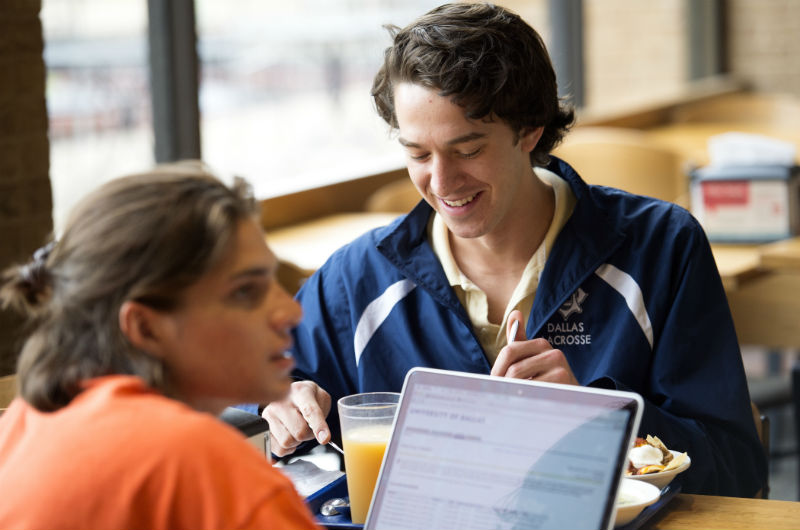 UD currently enrolls more than 1,400 undergraduate students and 1,200 graduate students from across the U.S. and the world. The university has been consistently ranked as one of the top regional universities and enjoys a spot in the list of the top 10 Catholic colleges in the West by U.S. News & World Report and in the top 15 Catholic colleges nationwide by Forbes. UD’s summer programs for gifted high school students are ranked in the top 20 in the nation.

Located in Irving, a city of over 200,000 with six global Fortune 500 headquarters, the university’s campus is an oasis in the middle of the vibrant Dallas/Fort Worth (DFW) metro area. Downtown Dallas is 15 minutes away, and DFW International Airport is also approximately 15 minutes away and reachable by the Dallas Area Rapid Transit (DART) system; UD has its own stop. Campus facilities include the award-winning Church of the Incarnation, the J.M. Haggar University Center, the Cowan-Blakley Memorial Library, seven residence halls, student apartments, and the Maher Athletic Center, which houses 15 men’s and women’s NCAA III varsity sports.

“ The main reason I chose UD was that I wanted an education in how to think – to learn an underlying thought process that would enable me to succeed in any aspect of life. ”- Hank Walter, Human Sciences Major