The Institute of Philosophic Studies

What is now the Institute of Philosophic Studies developed from an integrated program in Literature and Politics conceived by Louise Cowan and Willmoore Kendall. Their founding conviction was that Politics and Literature, in their search for wisdom and understanding about the most important things, shared a common focus on human discourse and its reflection of the human soul. Graduate education in the liberal arts at the University of Dallas found its object of study in the concrete, personal human experience expressed in the canon of great literature of the West and subjected its various images of man to philosophic reflection. From its beginning, therefore, graduate education in the liberal arts has centered its focus on the textual tradition stretching from the ancient Greeks and Hebrews to contemporary classics. Supported by the generous philanthropy of the Blakley-Braniff Foundation, the program began in 1966. 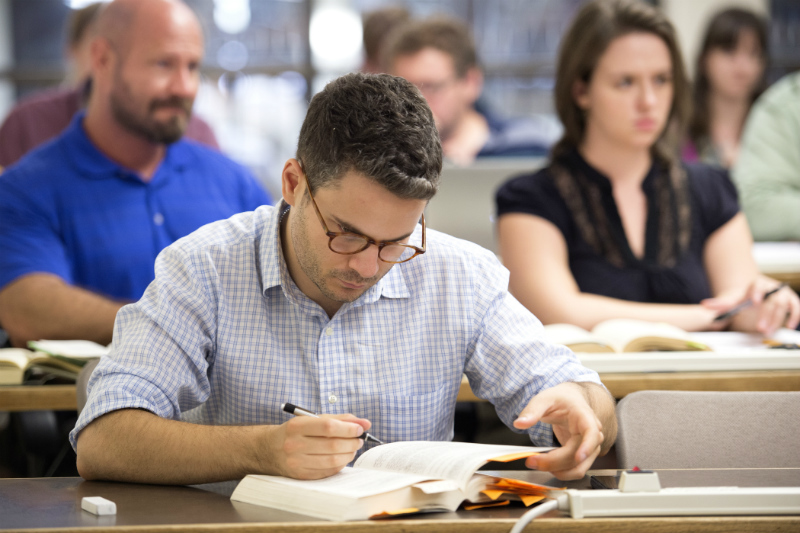 Return to the philosophic foundations of doctoral study.

In 1972, the Politics-Literature program, initially named the Willmoore Kendall Program, became the Institute of Philosophic Studies. Its aim was to revitalize various cognate humanistic disciplines by returning them to the question of their philosophic foundations, thus making the Ph.D. the title of a genuine Philosophiae Doctor, a doctor in philosophy. A program in anthropological psychology was added at that time. Subsequently, a philosophy program was undertaken in 1973 and a theology program in 1976.

As a result of a rigorous self-study begun in 1982, the Institute of Philosophic Studies reached its current configuration in 1985. It now offers a single Ph.D. in Philosophic Studies with concentrations in the disciplines of Literature, Philosophy, and Politics. The study of classic texts was adopted as the primary mode of instruction in the Institute as a whole. In order to bring the concentration disciplines into dialogue with each other, a common core of course work was established. Occupying twenty-one hours in the doctoral curriculum, it requires courses that engage fundamental texts, principles, and issues that are formative of the theological, literary, philosophical, and political strains in the moral and intellectual tradition of the West. The remaining course work is devoted to mastery of the questions, canon, and mode of inquiry particular to one of the three concentration disciplines.