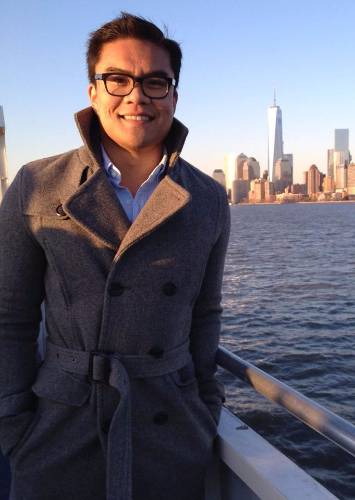 John Corrales, class of 2011, is a news assistant for the Politics desk at The New York Times.

He has written breaking news stories, features, and blog posts for The Times.  In January of 2016, he was sent to Des Moines, Iowa, and Manchester, N.H. to help cover the Iowa caucuses and the New Hampshire primary.  In the Fall of 2015, he helped write a story about Donald J. Trump that was printed on the front page.

"As a UD English major, I learned to interpret literature sincerely.  Becoming a confident reader who could prise meaning from texts accurately and quickly has directly influenced my work in journalism. Reporters read life, so to speak.  They interpret and write about events, actions, and issues that haven't yet been recorded.  Reporting, like studying literature, requires analyzing events responsibly and contextualizing them prudently."

The University of Dallas to Host 2022 Catholic Bar Association Conference

The University of Dallas will host the 7th annual Catholic Bar Association (CBA) Conference, “Catholic Lawyers: Upholding the Rule of Law,” Oct. 13-15, 2022. "Our members are looking forward to being on the campus of one of our nation’s premier Catholic institutions of higher learning,” said Peter H. Wickersham, CBA president.