Journey through the land of the Bible.

Our itinerary consists of four parts:

The journey through the sites of the Old Testament will start going southward, crossing the Judean Desert and arriving at the northern fringes of the Negev, the area where the Bible places God’s revelation to the patriarchs Abraham, Isaac and Jacob. Here, we will visit the Judean city of Beersheba, the southernmost administrative center of the Kingdom of Judah, where tradition places the so-called “Abraham’s well”.

In the same region, the Canaanite city of Arad arose in the 3rd millennium BC, and became the seat of an Israelite fortress during the Iron Age, about 2000 years later. Here, archaeologists discovered an Iron Age sanctuary dedicated to YHWH, with its altar (bamah) and standing stones (massebot): the first Iron Age sanctuary known outside Jerusalem.

This part of our journey will end crossing the Valley of Elah, the setting of the main battles between the Israelites and the Philistines. We will visit the biblical city of Gezer, a powerful Canaanite center well-known for its “High Place” with standing stones (massebot)  from the 2nd millennium BC. It is one of the cities mentioned in Bible as fortified by King Solomon. Here, renewed excavations have possibly unearthed “a palatial building dating to the era of King Solomon.”

We will continue with the capital cities of the Canaanites, from the time of Israel’s patriarchs (and even earlier!), which later provided the background for the activities of the Israelite kings: Dan, Hazor, Megiddo, and Beth Shean.

Dan, the northernmost Canaanite center, is renowned for its massive earthen rampart and the monumental arched mudbrick city-gate from the 2nd millennium BC (the earliest example in the region), still visible in an excellent state of preservation. In the Iron Age, the Biblical expression “from Dan to Beersheba” indicated the whole extent of the Israelite territory and, at the site, we can see the remains of the well-known High Place dedicated to the cult of the “Golden Calf”, repeatedly condemned by the prophets, and the monumental fortifications erected by King Ahab. At Dan, archeologists discovered the stele set up by the Aramaean King Hazael to remember his victory over Kingdoms of Israel and Judah. The stele mentions the “House of David”, the first reference to King David outside the Bible.

Hazor, is mentioned with Megiddo, Gezer and Jerusalem among the cities restored and fortified by King Solomon. With its temples, palaces and massive earthen fortifications it was the largest Canaanite city of Israel. During the iron age, Hazor was one of the most important administrative centers of the region. The so-called “Solomonic” (six-chambered) gate, the casemate-wall, and the tripartite storehouses were initially identified as proofs of Solomon’s building activities and the site became the focus of the Biblical Archaeology debate.

Megiddo and Beth Shean, located at the two ends of the Jezreel Valley, display distinctive features of the Canaanite culture remembered in the Bible. We have here the renown sacred area of Megiddo, with one of the earliest examples of Biblical bamot (altars or high places) from the 3rd millennium BC, and the Egyptian garrison at Beth Shan from the end of the 2nd millennium BC, when the whole Land of Canaan became an Egyptian possession. Both cities were later administrative centers of the Northern Kingdom of Israel, as testified by the palaces, storehouse and “Solomonic” stables of Megiddo.

Traveling down the Jordan Valley up to the shores of the Dead Sea, we enter the flourishing Oasis of Jericho (250 m below sea level), evoked in the Hellenistic and Roman times by the historians Strabo, Pliny, and Flavius Josephus for its tropical vegetation, cultivations of date palm, aromatic essences and spices. Here, the New Testament sets the two Gospel episodes of Zacchaeus, the chief tax collector who climbed the sycamore-fig tree to see Jesus; and that of the blind Bartimaeus healed by Jesus because of his faith.

At the center of the oasis, we find the archeological site of Tell es-Sultan, Biblical Jericho, at the foot of the Mount of Temptation. The site is known worldwide as the “first city of the world” for its monumental Neolithic Tower and Town Wall, more than 10,000 years old. It is famous as well for its mighty burnt and collapsed city-walls (still visible today), placed at the heart of the biblical Tale of the Conquest in the Book of Joshua. The tumbled down walls of Jericho were one of the most debated topics of Biblical Archeology, until the archaeologist K. M. Kenyon would prove that Jericho city-walls were far older than the supposed dating of Joshua’s conquest.

The journey will allow us to visit some monumental capital cities built in Israel during the Hellenistic, Hasmonean and Herodian kingdoms. Among them, Beth Shan-Scythopolis, one of the most flourishing Hellenistic and then Roman-Byzantine centers in the region, with its theater, baths, public streets, temples and basilicae.

Herod the Great, in particular, is known for his intense and monumental building activities, which find their one of its in the palace-fortresses that Herod built all over the country, among which is the fortress of Masada, one of the key places of the First Jewish-Roman War.

Herod’s successors continued his magnificent building activities. At Banias (the place with the suggestive Hellenistic sanctuary of Pan), we will explore Caesarea Philippi, the city built by Philip II (Philip the Tetrarch) as the administrative capital of his large tetrarchy.

The journey through the sites of the New Testament will begin in Galilee, the places of Jesus’ childhood, youth and early ministry. First, we will visit Nazareth, the Basilica of the Annunciation and some cave-dwellings of the 1st century, which will give us an idea of what Jesus’ house was like. Then, we will move towards the Sea of Galilee and the places mentioned in the gospels during Jesus’ early Galilean ministry.  We will visit Cana, the setting of Jesus’ first miracle, then Capernaum, the location of Peter’s house and the overhead Christian church, which constitutes evidence of a Christian presence in the place since the earliest times. From there, we will continue to the Primacy of Peter and Tabgha, where, according to the tradition, Jesus multiplied the loaves and delivered the Sermon of the Mount.

Continuing towards Tiberias, we will reach Magdala, the birthplace of Mary Magdalene and one of the most important cities in Galilee. It has become known in recent years for the discovery of a first century synagogue, currently the oldest synagogue excavated in Galilee.

After leaving the region of Galilee, we will visit one of the holiest places of Christianity, the Church of the Nativity at Bethlehem and the nearby Shepherds Field, east of Bethlehem.

Proceeding down the Jordan Valley, we will arrive at the Baptism Place, near the mouth of the Jordan at the Dead Sea. Traveling a little further, we will reach the site of Qumran, about 1.5 km from the shore of the Dead Sea. Here, in the caves surrounding the settlement, the famous Dead Sea Scrolls were hidden during the First Jewish-Roman War, to be discovered by archaeologists in the last century.

Jerusalem will be a prominent focus in our journey. We will explore the Holy City thoroughly, starting with the earliest remains of the Jebusite city with its impressive subterranean water system, and the Iron Age City of David, capital of the Judean Kingdom. We will stop at the Western Wall and the Temple Mount, where the Dome of the Rock is located. We will walk along the Kidron Valley and visit the Holy Sepulcher and other important Christian sites including Mount Zion and the Mount of Olives, which make this city the holy place par excellence.

A visit to the Israel Museum will finally allow us to go through the subsequent civilizations of the Holy Land, which shaped the lives of the ancient people of the Bible. There, we will have the opportunity to look at the famous Dead Sea Scrolls, discovered in the caves around Qumran and now stored in the so-called Shrine of the Book. 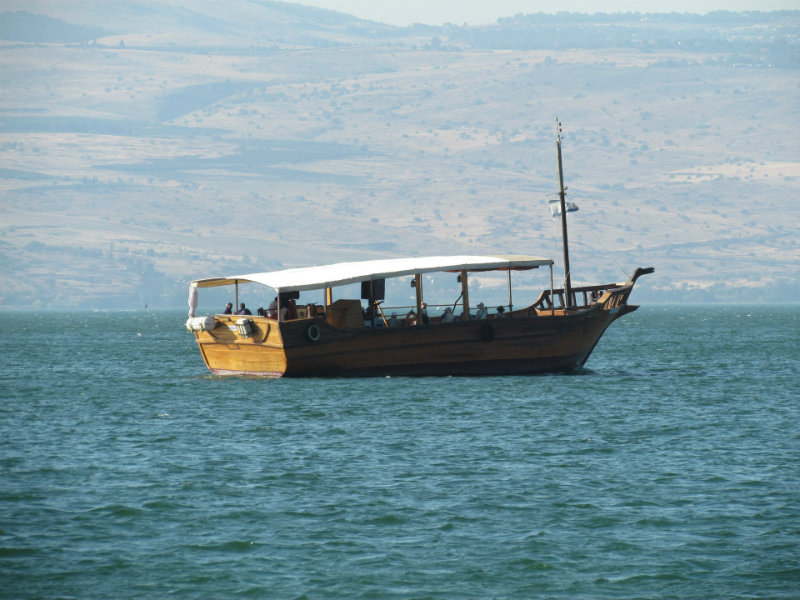 The University of Dallas ranked No. 6 -- advancing for the second straight year -- in the 2021 edition of U.S. News & World Report's Best Colleges, published September 14.

At UD, it is now possible to create a nonendowed, named scholarship with a minimum commitment of $20,000, which may be payable over up to four years. Recently, three families have done just this in order to forge a connection and provide needed aid to current students.